September was a big month. Ethereum successfully switched to proof of stake, and our team gathered in New York City for our first off-site visit, many of us meeting for the first time. In the month since we launched our Open Beta, roughly 40,000 unique wallets have connected to our App and received a MACRO Score, and over 8,000 feedback entries are helping us shape our product to our community’s needs. The word is spreading, thanks to media coverage, investor blog posts, and our team hitting the bricks and traveling to conferences and gatherings worldwide to tell the world about Spectral.

Read on for links and capsule summaries of our field trips, team activities, off-site antics, educational articles, and even a Spectral cappuccino.

To spread the word about Spectral, the MACRO Score, and to get to know our community and the DeFi landscape better, each month, team members voyage all over the world to meet with other builders and learn about the latest trends. Keep an eye out for our distinctive Spectral prism t-shirts and swag, and come say hello!

Spectral @Berlin Blockchain Week in Berlin: During the offsite, a few Spectral team members went to Berlin Blockchain Week. DAppCon was abuzz with talks about the upcoming Ethereum merge and expanding developer environments to facilitate the onboarding of millions of non-web3 native users. At the center of most conversations was how to build better products to save the planet and democracy at scale.

Spectral @Messari in New York: Given so many Spectral team members were in New York City for the offsite (see below), Spectral had a strong showing at Messari’s annual conference. Spectral employees connected with old colleagues and found out about the latest and greatest DeFi tech, and explored the Big Apple.

This was the first crypto event I ever attended. It was a great introduction to the space and it introduced me to many high-potential projects but also some that in my opinion weren’t realistic. It really helped put into perspective how much of an impact Web3 is starting to have, as blockchains were being applied far beyond crypto: people there were working on security apps, easing access, anonymity, all kinds of uses. For me, as a data engineer, it gratifying to see so many people taking data seriously, not to mention giving us feedback and talking about Spectral.

Spectral @Converge22 in San Francisco:  Spectral's CEO and co-founder, Sishir Varghese, was invited to speak at this year’s Converge in San Francisco. He spoke about how Spectral Finance is paving the way for on-chain credit scoring, opening DeFi to dramatically broader forms of credit issuance. There was also a great deal about bringing debt capital markets on-chain. Hollywood star Charlize Theron also made a special guest appearance.

Spectral @SmartCon2022 in New York:  A contingent of Spectral staffers was also on hand for SmartCon, Chainlink’s annual conference. Some thoughts on SmartCon from Spectral Head of Developer Relations Darrell Malone:

Blockchain Interoperability was a major focus of the conference. In addition to Chainlink, with their launch of the Cross-Chain Interoperability Protocol (CCIP), there were a number of companies competing to deliver cross-chain services. Overall, a highly technical crowd with a matching caliber of discussion topics.

Several Spectral staff members plan to attend DevCon Bogota between October 11–14. If you are around, come to say hello!

What we hope will become a Spectral tradition began in New York City. Having completed the Open Beta Launch, we focused on our focus for the coming quarters: Who would benefit the most from having access to an on-chain credit score? How do we incorporate advanced ideas in privacy and security into the MACRO Score? Which ones should we prioritize first? How can we bring privacy-preserving credit scores to developers to elevate their product offering, improve capital efficiency, alleviate risk management, or simply create radically new dApps? The answers to these questions will be revealed in the coming months.

CEO and Co-founder Sishir Varghese kicked off the event with a presentation covering the past, present, and future of Spectral Finance. A fortuitous stop for a burrito in 2018 connected Spectral's co-founders Sishir, Srikar, and Kevin. They told us the first iteration of the company was called Super Future Systems. From the beginning, our founding team knew they wanted to use Web3 to create a more equitable world financial system. Credit assessment quickly emerged as a pressing need for the space. Also, a series of guest speakers helped provide much-needed perspective on DeFi, the Merge, and other industry trends. Polygon Head of DeFi Hamzah Khan, Greg Scanlon from Franklin Templeton, and Sam Campbell from Samsung Ventures stopped by to share their insights and wisdom with the team.

After long days of discussion, the team ventured into the City. For most of us, it was the first time we’d met and a chance to bond. On the first day, the team Ubered en mass to the border between Little Italy and Chinatown for a scavenger hunt where the team split in four and raced through a downpour trying to earn points. We celebrated victory (or graceful defeat and remaining dry and sneaking a San Gennaro festival hotdog) over dinner and drinks. The following evening we toasted goodbye to the team at the observation deck of the World Trade Center.

We’re looking for a visual designer to join our team who can help us cement our visual identity and explore new areas. We would love to find someone who has web3 experience, although you shouldn't think of this as a barrier to entry.

Privacy, decentralization, and pseudonymity are central to the crypto ethos and a core tenet of how General Catalyst guides its investment framework. Read on in Our Investment in Spectral: Building Programmatic Creditworthiness. While TradFi products have been slowly emerging on Web3 platforms, credit risk infrastructure has remained mostly off-chain. Until now. Read about Why Samsung Next invested in Spectral. Forty-three top investors were polled to identify the most promising startups in the world of banking, trading, and investing – including Spectral. Read about up-and-coming startups in Business Insider.

To date, Spectral has raised approximately $30 million in startup funding. Our most recent funding round (Series B) was led by General Catalyst and Social Capital. Other investors include Samsung, Gradient Ventures, Section 32, Franklin Templeton, Circle Ventures, and Jump Crypto. Read about Series B in Techcrunch.

In August, we introduced the MACRO Score and described its components, the data science, and machine learning behind it. Many of you are deeply familiar with credit scoring and machine learning, so our engineering team prepared an in-depth analysis of the MACRO Score, the data sets and features behind it, and the model assessment and optimization.

Our launch also attracted a great deal of interest. Curious about how we launched successfully during crypto winter? Read How We Launched in Open Beta.

We believe DeFi has the potential to bring access to capital and sophisticated banking services to billions of unbanked and underserved all over the world. Here is one of many reasons we haven’t seen the mass adoption many of us expected yet (and we’re solving it). Read about how Web3 Creditworthiness can create Financial Inclusion.

Do you want to be among the first to receive Spectral educational resources?

Have you visited our Discord yet? Check out some of the entries in Spectral’s first-ever meme competition. A little engineered chaos led to a five-way tie at the end.

What might a Spectral Cappuccino taste like? Take a gander and tell us on Twitter. Can you think of something more creative than Skittles®? Perhaps pumpkin spice to fit the new season's start! ;) 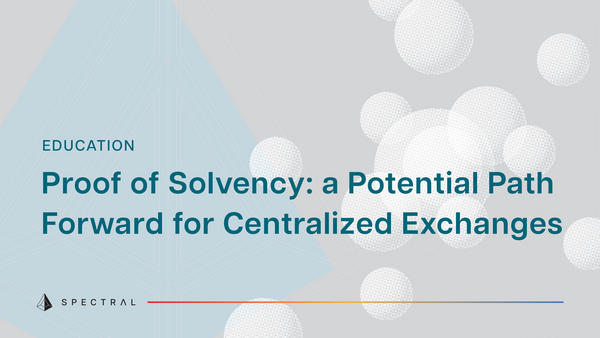 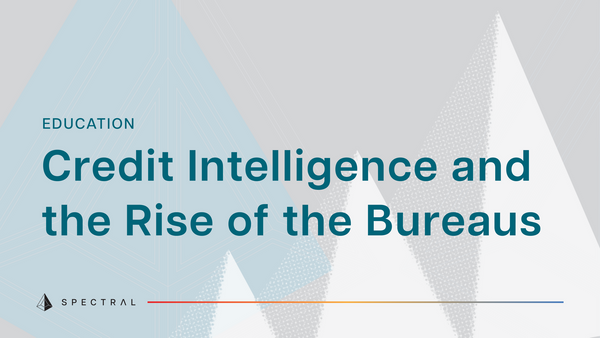 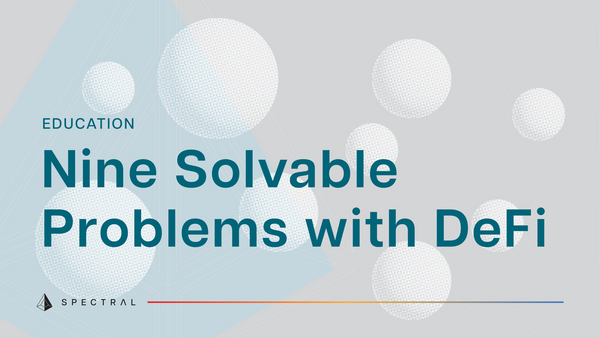